All cuz of the Chef, no doubt. Pick it up and get the inside scoop on our new video for “Rally and Rumble” Have you guys heard Divers from Portland? Those mofos put our one of our favorite records of the year. See them in the flesh tomorrow at Club Scum with us and Hair Cult. All ages. 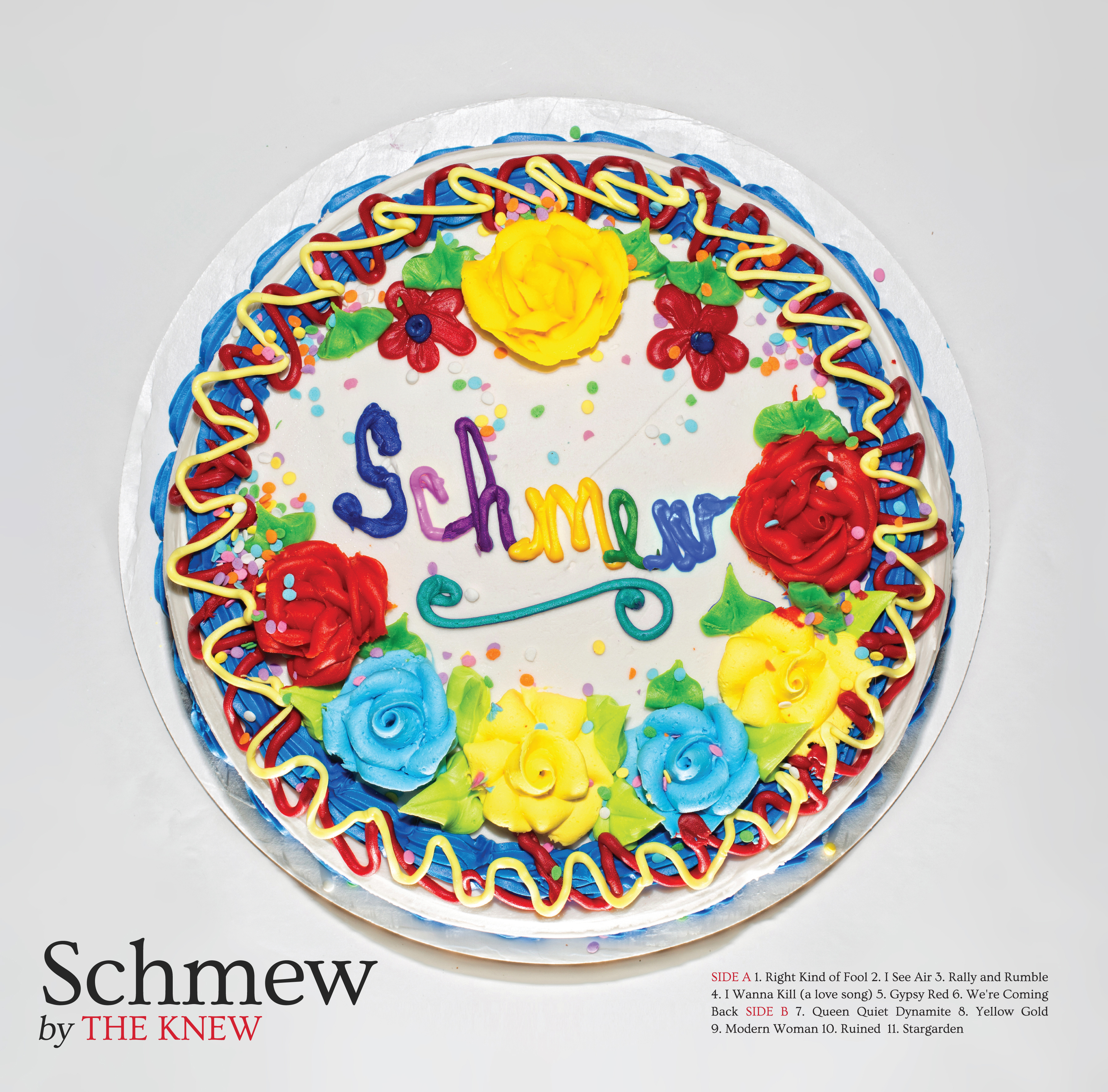 This is the cover of our 3rd LP. It is called Schmew. Like all of our LP covers, it is done by our comrade, Todd Roeth. Check out Todd 24-7. Here is some stuff about it: The Knew will release Schmew, their highly anticipated third album, on CD/LP/DL this Summer via Greater Than Collective. Here is some more information, by somebody not in the Knew, about Schmew.

The new album by The Knew is called Schmew, so that when people say it, they say “The Knew Schmew”. The band thought this would be funny. It sometimes is. Schmew, as a title, is a nod to their ability to not take their band’s name, themselves, or rock n’ roll too seriously. Schmew, as an album, however, was taken seriously when it was made.

Throughout three LPs, three 7”s, a couple EPs, and more than enough weirdo dietary habits, The Knew now hangs their collective cap on Schmew, a rock n’ roll record that is quicker than their previous releases, denser than their former efforts, and heavier than their eight hangers combined. Part rock opera, part power pop, and totally stuffed full of strip-mall solos, Schmew is fringe-rock for those that are all in. Jacob, Ty, Tim and Andy (aka: the band) hope that you are one of those listeners.

“Rally and Rumble” is the first single from the album. It is ready now on a 7” and on a download. Or just stream it here. Exercise your vocabulary and consider doing this fun madlib while listening. You might learn something new about The Knew… and maybe even yourself. CIAO.

On their latest release, Schmew, the foursome set out to prove that _____(whatever genre you think we play) is alive and well and ready to ______(verb) the world.

HERE YA GO: April, May, June dates below. Colorado, the South, and some places in between.